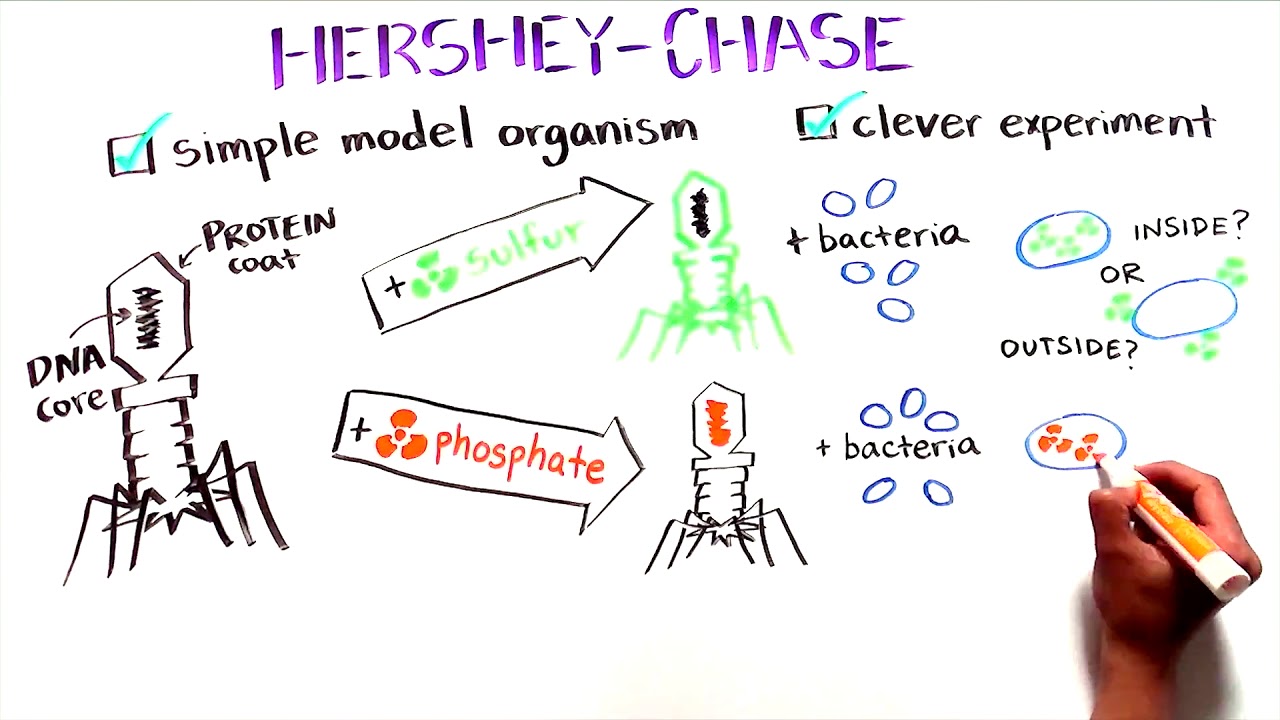 In 1952 (seven years after Avery’s demonstration that genes were DNA), two geneticists, A. D. Hershey-Chase Experiment provided further evidence. They worked with a DNA virus, called T2, that infects E. coli (and is also a bacteriophage). The essential element of the infectious cycle of DNA bacteriophages is T2. Virions adhere to the surface of their host cell. Capsid proteins inject the DNA core into the cell. Once inside the cell, some of the bacteriophage’s genes (the “early” genes) are transcribed (by host RNA polymerase) and translated (by host ribosomes, tRNA, etc.) to produce enzymes. they will make many copies of the phage. DNA and will deactivate (even destroy) the host’s DNA.

As new copies of the phage DNA accumulate, other genes (the “late” genes) are transcribed and translated to form the capsid proteins. The pool of DNA cores and capsid proteins assemble into complete virions. Another “late” gene is transcribed and translated into lysozyme molecules. Lysozyme attacks the peptidoglycan wall (from the inside, of course). Eventually, the cell ruptures and releases its content of virions ready to spread the infection to new host cells. 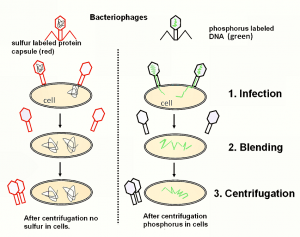 Hershey and Chase found that when 32P-containing (radioactive) bacteriophages were allowed to infect nonradioactive bacteria, all infected cells became radioactive, and in fact, much of the radioactivity was passed on to the next generation of bacteriophages. However, when the bacteria were infected with 35S-labeled bacteriophages, and then the virus coats were removed (by spinning them in an electric blender), virtually no radioactivity could be detected in the infected cells. From these experiments, it became clear that the DNA component of bacteriophages is injected into the bacterial cell while the protein component remains outside. However, it is the injected component, the DNA, that can direct the formation of new virus particles complete with protein coats. So here’s one more proof that genes are DNA.